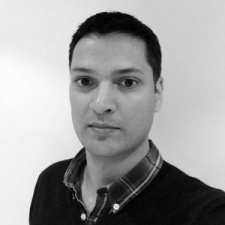 A veteran of the games industry with over 15 years experience, Paul has previously held roles as Head of Games at The Walt Disney Company, and CEO of Big Pixel Studios.

He is currently the CEO and co-founder of WearGa, a London based startup focused 100% on games designed for smartwatch.

More detail has emerged about Wooga's plans for smartwatch development.

Interest was triggered when CEO Jens Begemann said at Slush 2105 said that the company wouldn't be making VR games, instead investing in smartwatches.

And to kickstart that move, Wooga has hired Paul Virapen to head up a new internal studio.

Previously with Disney Games before setting up Big Pixel Studios and more recently wearables outfit WearGa, Virapen has relocated from London to Berlin.

As for Begemann's thinking on wearables not VR, he explained this as it relates to Wooga's casual, more female, audience of gamers.

"We address a wide audience who play for short periods of time. VR is the opposite of that," he said.

"That's why we're focused on wearable. I think many more people will have smartwatches than VR headsets."