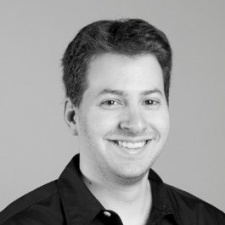 A company co-founder, Weiner has served as Jun Group's Chief Operating Officer since 2009 and as the CEO of HyprMX since its 2012 launch.

It was his leadership of HyprMX that helped reposition Jun Group as a mobile-first company, leading its $28 million investment partnership with Halyard Capital and Bridge Bank in July 2015.

“Corey is one of the brightest minds in digital media and it is a privilege to work beside him every day,” said Jun Group CEO Mitchell Reichgut.

“Corey’s vision, his wisdom, and his uncanny ability to manage people and business challenges have helped make this company successful. All of us at Jun Group are in Corey’s debt.”

Taking the helm, Weiner is enthusiastic for Jun Group and HyprMX to double down on mobile video advertising under his presidency.

“I’m proud of the company we’ve built, and I’ve never been more excited about the opportunities we have ahead of us," he said.

"This is the first inning for mobile video. Advertisers are only beginning to discover the potential, and we are well-positioned to benefit from the explosive growth in mobile video and native advertising.”