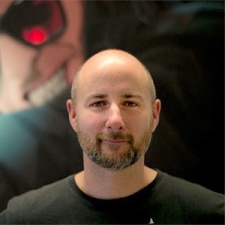 Zynga has since clarified its position with respect to leadership at Boss Alien and CSR Racing 2.

The reasons for his departure haven't been disclosed.

It has since released CSR Classics, but the much anticipated CSR 2 has been in soft launch for six months as NaturalMotion's owner Zynga polishes the game.

Presumably, the delays to the game plus increasingly levels of management will all have paid some part in Avent's departure.

Although, after five years as CEO, it's probably a natural time to move on.