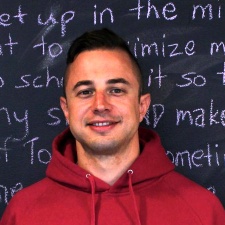 Katkoff, who is also well-known as founder and editor of free-to-play gaming blog Deconstructor of Fun, began his career in mobile gaming with Digital Chocolate.

He has since worked at Rovio, Supercell, and Scopely.

FunPlus is a Beijing-headquartered developer of social games across mobile and online platforms, perhaps most famously with the Family Farm series, although it sold its legacy games to a Chinese construction company almost $1 billion in 2014.

More recently, as it looked to reboot itself as a western developer, it moved into the world of mobile publishing with PublishingPlus.

Katkoff's experience and insight - as evidenced on Deconstructor of Fun - will no doubt prove invaluable to FunPlus going forward, and his impact on its output will be worth watching closely.

To view all current vacancies at FunPlus, in both San Francisco and Beijing, you can visit the developer's jobs page.

How to get a job at San Francisco publisher FunPlus

Tappx's headcount has grown by 60 per cent since March 2020

Where will you connect with the industry next year? Join the Steel Media 2021 world tour!