It's the job merry-go-round 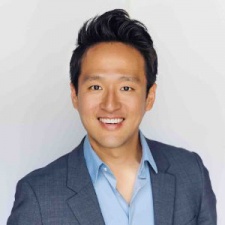 will be Zynga's new President of Publishing.

However, the publishing part of the job title appears to be less to do with publishing thirdparty games - something Zynga has historically struggled with - and more about internal strategy.

According to his announcement press release, Kim will be responsible for "how Zynga brings its games and services to players through its network, consumer insights, product management, marketing, user acquisition, ad monetization, communications, business development and strategic partnerships".

Previously with EA for almost 10 years, most recently as Senior Vice President of Mobile Publishing, Kim has also worked as Director of Sales and Channel Strategy at The Walt Disney Company.

“Bernard is extraordinarily entrepreneurial and creative, and has a deep understanding of player needs," commented Gibeau.

"At Zynga, he will focus on driving more yield from our live services and go-to-market investments for new titles."

“Zynga has a phenomenal opportunity in front of it. The company has proven brands, talented teams and the social DNA needed to deliver truly unique mobile games to players,” Kim added.