Craft the battlefields in the upcoming Forces of Freedom 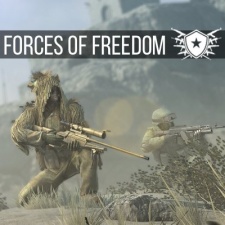 London-based startup Koyoki is looking to hire a Multiplayer Map Designer, to help shape the environments of its upcoming 5 vs. 5 team multiplayer game Forces of Freedom.

The team boasts impressive pedigree - with collective credits on series such as World of Tanks, Metal Gear Solid, and Battlefield - and is now focused on mobile-first "coffee-break eSports" with session lengths of four minutes or less.

The successful candidate for the Multiplayer Map Designer role will have a good portfolio of map design work - either in a professional capacity or as a modder - as well as an understanding of Unity and the mobile platform.

Other responsibilities include "Help[ing] to shape and define the game’s metagame," which hints at some duties outside of the usual map design remit as Forces of Freedom goes from private beta to global launch.

For more information on the role, and details on how to apply, you can see the full listing here on PocketGamer.biz.