Mobcrush and Playfab investor on board 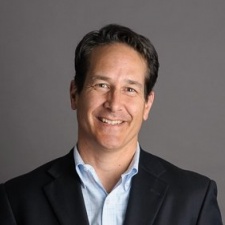 Chris Carvalho Member of the Board of Directors Rogue Games

During Carvalho's stint at Kabam, the firm expanded from 25 to more than 700 employees.

He also holds advisory roles at Playfab and Mobcrush, and sits on the board of directors at MaxPlay and Roblox.

"We welcome Chris to G5’s Board of Directors, where his practical experience will help G5 in the next stage of growth, as we focus on furthering our success in our core genres and expanding to new ones," said G5 CEO Vlad Suglobov.

He also discussed the company's strategy going forward, which is to focus on the casual game market and maximise the retention and monetisation of its key titles above all else.

G5's previously "broad portfolio of over 100 games" has also been cut to only the 10 that provide the company's most revenue, he reveals.

Indeed, in May 2016, the firm announced it had made $100 million from its hidden object games - 90% of which came from The Secret Society, Hidden City, and Mahjong Journey franchises.

"G5 is unique in a number of ways, from achieving impressive success through the publishing strategy, which is rare on mobile, to their laser focus on the needs of their core audience and their strategy of sourcing content from Eastern and Central Europe," said Carvalho.

"I am excited to join the board as the company enters their next evolutionary stage."