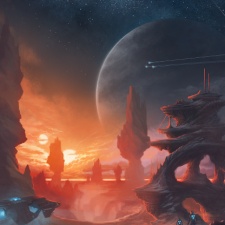 The Swedish firm, which has traditionally focused on PC, is looking to partner with external studios to develop mobile versions of its IP. Paradox’s published games include Crusader Kings, Europa Universalis, Cities: Skylines and Stellaris.

Paradox also plans to build up its internal mobile team once Nordström officially joins the company in January.

As well as working at King on titles such as the Pet Rescue Saga franchise, Nordström has also worked at SCEA, SouthEnd Interactive, Bad Robot Sweden and MTG Modern Games.

“We have already initiated discussions with external studios to explore the possibility of building mobile versions of our franchises and are on the lookout for more studios as well as key talent to join Kim’s team once he starts in January next year,” said Fredrik Wester, CEO of Paradox Interactive.

“At that point we will also start solidifying the plans for our best next steps in those areas. Kim has a great track record, but more importantly, an attitude and mindset that is the right fit for Paradox, and I am thrilled to welcome him onboard.”

Nordström added: “I’m very happy to join the Paradox family and to be part of the great company culture I’ve heard so much about.

“What I need, starting from next year, is amazing talent and studios to work with, and I know Paradox and its partners will come through.”