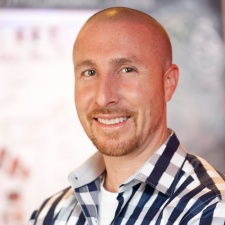 Olsen will be responsible for building up the company’s team of developers to work on new projects.

He joins from EA after 20 years with the publisher in a career spanning across PC, console and mobile.

During his time at EA, Olsen led the company's Capital Games studio and also worked as Senior Creative Director at Mythic Entertainment. His credits include Star Wars: Galaxy of Heroes, The Godfather, Knockout Kings, Tiger Woods PGA Tour Golf and many more.

Olsen worked as Creative Director on Star Wars: Galaxy of Heroes, a key mobile title for EA that has been downloaded over 30 million times and generated more than $100 million in revenue for the publisher.

“I am incredibly pleased to welcome Mike Olsen as Glu’s SVP of Studios where he’ll build a talented team of developers to create innovative new products,” said Nick Earl, Glu’s President and CEO.

"As I enter my first year leading the company, I plan to invest in and empower leaders with the same industry prowess as Mike.

“Glu’s talent model is focused on hiring the industry’s finest and arming them with world-class infrastructure, tools, funding and support to create phenomenal products while eliminating the risk of going at it alone.

"It’s under the guidance of experienced and fearless creative leaders that I believe Glu will deliver best-in-class entertainment products in 2017 and beyond.”