Telltale recruits ex-ArenaNet Head of Narrative as VP of Creative 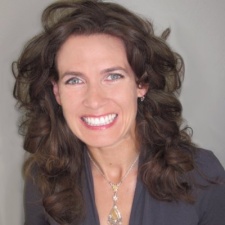 Telltale Games has hired ex-ArenaNet Head of Narrative Leah Hoyer as its new VP of Creative.

At Telltale she’ll head up the writing, design and voice-over teams as the studio expands.

The studio has previously worked on titles including The Walking Dead, Game of Thrones, The Wolf Among Us and Batman, and has numerous new titles and sequels currently in the works.

Hoyer has a strong pedigree in game narrative, working as Head of Narrative and Studio Director at ArenaNet and Director of Narrative Design at Microsoft. She has also worked at The Walt Disney Company where she spearheaded animated series development for the Disney Channel.

"I’m a firm believer that game story is at its best when all of the disciplines work together," Hoyer told Gamasutra.

"We have so many more tools at our disposal than books or even film and TV.

"People who want to create narrative for games need to understand what the other disciplines do and how they are integral to the story experience."