Bringing experience in EMEA to the ad platform 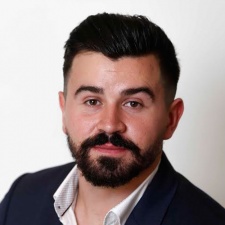 Sheil started at Twitter as a founding member of its EMEA department in 2012, eventually becoming Head of Mobile. He was also a "key member" of the senior management during his time at Twitter.

Refuel4 did not reveal the exact details on what Sheil's duties will be in his new role, but it did state that he will be based out of its London office.

"In joining Refuel4, my motivation was focused on talent and product vision - the team at Refuel4 is of the most talented in the ad tech industry focused on solving a real problem for marketers and agencies - sustainable ad creation and ad fatigue," said Sheil.

Refuel4 Founder & CEO Kazuhiro Takiguchi added: "EMEA is one of the most sophisticated advertising markets in the world.

"We are excited to have Ross join the Refuel4 team, bringing his extensive experience in partnering closely with brand, performance marketers and agencies in the EMEA region."