Has experience at betting agency Veikkaus and THQ Wireless 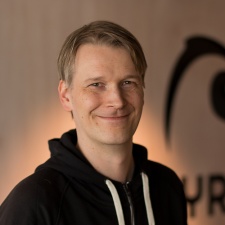 Finnish developer PlayRaven has hired Eero Pöyry as its new Development Director at the studio.

Pöyry has more than 10 years experience in the industry. He formed a game studio inside Finnish national betting agency Veikkaus and has shipped more than 35 slot machine games, including titles such as Emma and Talismaani.

He also previously worked at mobile studios such as THQ Wireless, working on big IP including Star Wars and SpongeBob SquarePants.

At PlayRaven, Pöyry will oversee production as the studio continues to grow its team.

“We’re thrilled to have Eero on board and welcome his unique perspective from both mobile and slot machine industries.“

Based in Helsinki, PlayRaven has worked on strategy titles such as Spymaster and Robocide.

The studio has been on a hiring spree in recent months as it ramps up work for a secret project on a well-known game IP.