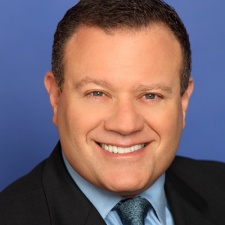 As well as an animated TV series, the press release noted Schwartz has been tasked with bringing the game from mobile to film and other platforms.

Sybo hopes to have a “full-fledged longform series” ready to go by the end of 2017. Discussions with potential distribution partners are already said to be underway.

He recently oversaw the development and production of the Skylanders Academy series for Activision Blizzard’s Film and TV Group and Netflix.

Sybo has also brought in Star Wars Rebels and Clone Wars writer Brent Friedman to script a series of shorts and the long-form series.

“With over 1.5 billion downloads around the world, Subway Surfers is well on the way to becoming a strong brand with evergreen potential,” said Schwartz.

“This initiative marks one of the very first to migrate an app-based mobile game to longform animation, and it is a trend we will see more of in the future.”

Sybo Co-Founder Bodie Jahn-Mulliner added: “We have been waiting for the right moment to take the game back to animation, but we wanted to make sure we preserved the depth of the characters and the creative universe in which they live. This will be a very exciting journey.”

Subway Surfers was released in collaboration with publisher Kiloo in 2012 and has since gone on to generate more than 1.5 billion downloads. It’s regularly one of the most downloaded mobile games each year.