From chat to Candy Crush 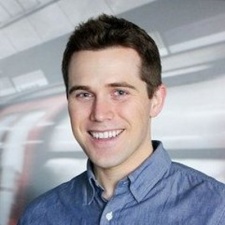 King has hired Snapchat's former Director of Revenue Product Strategy and Analytics Brian Ames as its new President of Advertising.

As reported by The Drum, his new role will see him overseeing all aspects of advertising, including product, sales, marketing, strategy and operations.

Ames was with Snapchat for over three years as its Director of Revenue, having joined in May 2014. He has previously held roles at Google, Facebook and InfoScout.

"Brian is an experienced and accomplished leader, and we are thrilled to have him join King to lead our advertising business," said King CEO Riccardo Zacconi.

"We are committed to attracting the best talent in the industry to deliver an advertising platform which not only enhances our players' in-game experience, but also delivers significant value to advertisers."

Ames will likely be kept very busy with King's wide range of upcoming releases. The developer has recently soft-launched a new Candy Crush Saga entry and is hiring a team to develop prototypes for a midcore title based on the Call of Duty franchise.