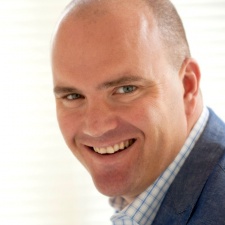 The co-founder and MD of digital media agency IQU is set to leave the company on July 31st 2017 for a new venture outside of the games industry.

Simon Usiskin formed what is now known as IQU in 2008. The firm provides services for games companies in the areas of player acquisition, PR and branding campaigns.

Usiskin has held various roles during his time at IQU, including CCO, COO and most recently MD. He will continue to support the company moving forward in an advisory capacity.

No specific details were provided on his new job other than it will be outside of the games industry.

Usiskin will be replaced by current IQU CFO Brian Spaans from August 1st 2017.

“The decision has been one of the hardest ones I have had to make ever since I left Spil Games in 2008 and decided to start-up and create with Reinout te Brake what is now today iQU,” said Usiskin.

“However, I have been offered an opportunity to start-up a new venture outside of the games industry which I did not want to pass on. I am very proud of what the company has achieved over the years and I am leaving behind a wonderfully talented and ambitious team that will continue to propel the company forwards.

“I have worked very closely over the years with Brian and I have complete faith in his ability to lead the team into its next phase of growth.”

What value can a big IP actually bring to your mobile game?

iQU and HoneyTracks join forces to deliver next generation marketing