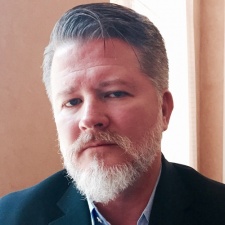 The GM of EA’s Red Crow Mobile Studios Group has left the publisher to join NaturalMotion as its Senior VP of Action Strategy.

Jeff Hickman will oversee the continued development of Dawn of Titans, which was released in December 2016 after 21 months in soft launch.

Prior to joining NaturalMotion, Hickman had worked at EA for 11 years. As Red Crow GM, he oversaw the development of games such as The Simpsons: Tapped Out and NBA Live Mobile.

Previously he had spent four years at BioWare’s Austin studio as GM, VP and Exec Producer, responsible for development and live services on games such as Star Wars: The Old Republic, Shadow Realms and Dragon Age: Inquisition expansions.

He has also worked at Mythic Entertainment, acquired by EA in 2006, where he worked as VP of Product Quality and Support and Executive Producer.

As NaturalMotion focuses in on its current portfolio of titles and new game development, Zynga confirmed to PocketGamer.biz that the publisher is winding down its commercial tech licensing business for third-party developers.