Aiming for a more accessible world for the partially sighted 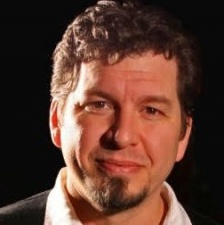 London startup Conspexit has added Glen Drury to its board.

Conspexit's aim is to develop a single application that can "transform" the lives of blind and visually impaired individuals.

Drury joins the board while remaining in his role as Founder and Principal of XR consultancy firm Kanuii. He's previously held roles as CCO of AI and AR outft Blippar and regional Vice President for Northern Europe at Yahoo.

“I have great admiration for Conspexit’s aim as a company and am excited to be a part of that, not to mention working with such a talented group of people," said Drury.

"Throughout my career I’ve been attracted to solving life’s greater challenges via revolutionary tech solutions; taking part of this grand endeavour is no exception.”

Conspexit's core team has significant gaming pedigree, including ex-Sony PlayStation Creative Director Russell Harding and Claire Boissiere, who was at the forefront of new technology on PlayStation with titles such as the AR-enabled Wonderbook and PlayStation VR Worlds.

Conspexit plans to bring this experience to bear with its own games division, which is focusing on "empowering players to participate in social change."

Space Ape on making Transformers: Earth Wars its most accessible game yet