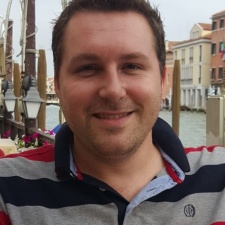 Lovell had worked at Jagex for eight years prior to joining NaturalMotion in 2015, working his way up from senior recruiter to head of talent acquisition.

Now back at the Camrbridge developer, he’ll take up the role of director of talent acquisition.

“My time at NaturalMotion / Zynga has been amazing beyond words,” Lovell told PocketGamer.biz.

“I've worked with the most remarkable people and experienced the hard push and thrill of two massive title releases. I'm hugely proud of my contribution over the two years there and will be forever grateful to everyone at NaturalMotion and Zynga for their support. A truly remarkable company from tip to toe.

“There are amazing things going on at Jagex right now, and yet still so much potential to unlock. I am deeply honoured to be re-joining at this exciting time and can’t wait to get out there and tell people what's happening behind the scenes.

“I’m truly blessed to have the opportunity to be returning to a company that is such a huge part of my own history and professional DNA. You can take the man out of Jagex, but you never take Jagex out of the man.”