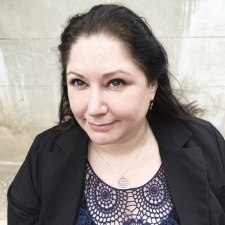 Kalson will play a key role in the continued development of the studio’s existing games as well helping design and develop new titles.

"Amy Kalson is such a creative talent, possessing an impressive track record of success and keen knowledge of the growing AI domain that will contribute towards taking our projects even further in the critical areas of character relationships and player interactivity,” said Sybo CEO Mathias Gredal Nørvig.

Kalson added: “The big question for me is how people create emotional connections, the use of AI experiences in developing games - even if we’re not talking creating self-sustained characters - will reveal lots of secrets in how we fall in love as a player. Working at Sybo I will get my insights into one of the most devoted and largest fan groups in mobile gaming, and I am really excited to develop my expertise on both existing and new games here.”

Kalson has worked at various companies in the games industry, including EA, Griptonite Games, Disney Interactive Studios and PopCap.

Jobs in Games: SYBO's Amy Kalson on how to get a job as a games lead