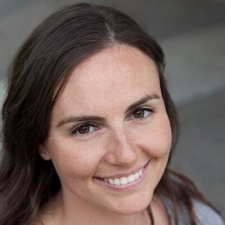 The Game Developers Conference has appointed Katie Stern as its new General Manager.

The news follows the departure of long-time GDC Director and GM Meggan Scavio in May.

Stern has extensive experience in the technology industry, having co-founded 3D printing and wearable computing event and showcase Designers of Things. Most recently she held the role of Director of Event Services at the Linux Foundation.

UBM EVP Simon Carless will support the new GM in getting introduced to the GDC community, as well as working with other key personnel on its events.

Victoria Petersen meanwhile, who has worked with GDC’s various advisory boards over the past five years, will step into an overall content lead role for the GDC and VRDC events as Lead Conference Manager.

“I couldn't be more excited to be joining up with GDC to help the game industry and the event keep growing and flourishing,” said Stern.

“I very much look forward to talking to the community about what's next for the event over the next few years.”

Carless added: “Having attended or been involved in organising GDC for almost 20 years, I am keenly aware of the needs of the game development community, and I’m stoked to be working with Katie to tell the next chapter of GDC’s storied history.”

GDC will return to the Moscone Center in San Francisco on Monday, March 19th to Friday, March 23rd, 2018.

The Independent Games Festival, which takes place during GDC, has this week also opened up for submissions for its 20th annual awards ceremony to be held on March 21st 2018.