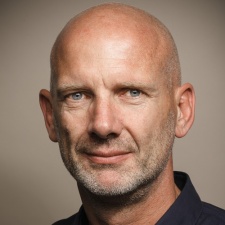 Post left his job at Sega in May after ten years at the company, where he held the position of COO and President of Sega Europe prior to his departure.

He's been replaced at Sega by Chris Bergstresser, who has worked with companies such as Atari, Miniclip, Spil Games and MTGx.

Chinese publisher Tencent has made numerous investments and acquisitions in games developers across the world.

Recent European deals include Milky Tea and Frontier Developments, the latter of which Tencent has taken a 9% stake in. Its influence also extends to other European companies such as Supercell and Miniclip, as well as a plethora of other studios outside the region such as Riot Games, Pocket Gems, Glu Mobile and Epic Games, to name a few.

It's even been linked with a $3 billion move for Angry Birds developer Rovio.

It was also recently announced that Miniclip and Tencent are working together on localising Chinese title War Wings for the Western market.