Leaves London and mobile games for Boston and AI 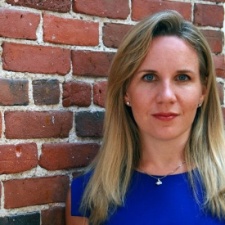 Mallet joined Talla as a consultant in January 2017 before going full time as its COO in June 2017. Her role has so far seen her oversee product development and customer relations as well as refining hiring practices.

Mallet joined King from EA's Playfish studio back in May 2012 before leaving in November 2016. During her time at the company she built two studios, Farm Heroes and Monarch Studios.

You need a COO

"Many startups don't know they need a COO, and the ones that do know are pretty far along in their growth and maturation," she wrote on a blog post about the new job.

"Fortunately, I met Rob May, the CEO of Talla. Rob likes people from non-traditional backgrounds, and video games are a fairly non-traditional place to look for any high-end business executive."

King continues to perform well despite its MAUs steadily falling since it was acquired by Activision Blizzard. It generated $480 million in revenues in its last quarter from 314 million MAUs.