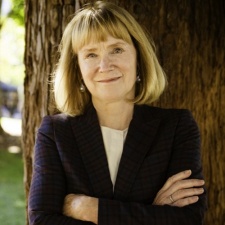 The move follows a multi-year development partnership between HitPoint and Legacy Games in which the companies co-developed titles such as BBC’s Jane Austen for Facebook, Crayola Color Blaster for Tango, and Color BlastAR and Kody Kapow: Village Defender for ARKit on iOS 11.

Legacy Games will continue to maintain its CD-ROM business, where it has customers such as Walmart, as well as the distribution of mobile games on iOS and Android.

“After more than two years working in AR, we’re just starting to scratch the surface of what will be possible with these new platforms,” said HitPoint Studios CEO Paul Hake.

“As technologists, we’re always striving to explore new ways to engage our audiences in meaningful ways. Ariella’s business and product savvy, and overall vision for our industry positions HitPoint to become a leader in AR, a burgeoning ‘new frontier’.”

HitPoint Studios was founded in 2008 and has worked on numerous titles for mobile and AR. As well as developing its own titles, the company also runs a work-for-hire business, in which revenues were said to have more than doubled since 2016.

Amongst other projects, the team is currently working on its first game for Google’s ARCore.