"It’s one of the fastest-growing industries we've seen" 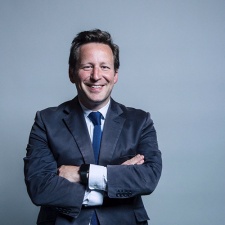 Vaizey worked as the Culture Minister between 2010 and 2016 and has been arguably the biggest advocate for the UK games industry at a government level. During his tenure, the UK secured tax breaks for the games industry.

The British eSports Association is a not-for-profit organisation set up in 2016 to raise awareness around and to support this burgeoning sector.

“I joined the British eSports Association as Vice Chair because I passionately believe that eSports has a great future – in the UK and all across the world,” said Vaizey.

“It’s one of the fastest-growing industries we’ve seen. And as a British MP I want British eSports to be at the forefront.

“We’ve got a real opportunity here, even though the industry is growing and hundreds of thousands if not millions of people participate, it’s still a young industry and I think we can really put the UK on the map.

“The British eSports Association is there to promote, inspire and improve young players and promote eSports, it’s fantastic.”