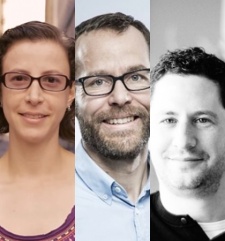 Cross-platform games publisher Kongregate has expanded its management team with the appointment of a new Chief Financial Officer, VP of Publishing and VP of Marketing and Ad Monetisation.

Former InnoGames CFO Markus Lipp has been named as in the same position at Kongregate. He’ll be responsible for building the publisher’s finance and accounting department, as well as being tasked with forecasting and capitalisation modeling.

Kongregate has also promoted Tammy Levy to VP of Publishing. She’ll oversee the company’s cross-platform publishing program for mobile, PC, console and the web. Levy has been at the publisher since 2014, having previously worked at Zynga.

Jeff Gurian meanwhile has been promoted to VP of Marketing and Ad Monetisation. He’s been tasked with managing all aspects of marketing, including user acquisition, PR, CRM, app store optimisation and ad monetisation for mobile and web.

Gurian worked at companies such as Outspark and RockYou, before joining Kongregate in 2011 as Senior Director of Marketing.

Kongregate said it plans to add a “significant” number of staff to its ranks over the coming months as it continues its expansion into cross-platform publishing.

Video: Kongregate on the "dark metrics" of mobile ads