Atlanta office to close, Newcastle branch up for sale 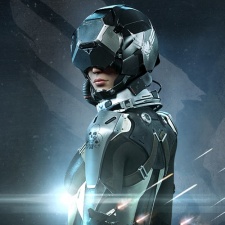 Eve Valkyrie developer CCP has laid off around 100 staff as it pulls out of virtual reality games development.

The company has closed its Atlanta studio and put its Newcastle office up for sale. Its Shanghai branch meanwhile will also suffer job redundancies as it shifts focus to creating local partnerships.

CCP will still maintain offices in Reykjavík and London.

CCP said the move is part of plans to refocus its efforts on PC and mobile, where it has titles like the hugely popular MMO Eve Online and the upcoming smartphone title Project Aurora, developed in partnership with PlayRaven.

“We have made tough, but important, changes to CCP in response to how we see the gaming market evolving in the coming years,” said CCP CEO Hilmar Petursson.

“We have been front and center in the second wave of VR and our belief in the long-term transformative power of the technology remains strong.

“Despite the success of the VR games we have released we will be shifting our focus to our PC and mobile initiatives, and will be centralising those initiatives, along with the support of our existing VR games, to our offices in Reykjavík and London.

"We will continue to support our VR games but will not be making material VR investments until we see market conditions that justify further investments beyond what we have already made.

“I am very proud of our VR games and, more importantly, of the people here who made them.”