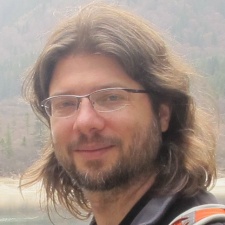 English will oversee Flare’s internal studios Keen Flare and Kopla Games. Both teams are set to release new games in 2018.

As well as working at PopCap Games, English has held roles as Head of Studio at GameDuell, Senior Developer at Microsoft and Senior Software Developer at Attachmate.

Most recently he was the CEO of Studio49, a company he co-founded that focused on casual eSports.

“Todd’s experience in mobile gaming speaks for itself, having launched major game IPs, led high-performing teams of over 100 people and founded a studio alongside some of the industry’s top talent,” said Flaregames CEO Klaas Kersting.

“We’re delighted to have made another key hire and continue our upwards trajectory. On a company-wide level, we’ve welcomed over 70 new staff members to the flare family since the beginning of 2016 alone.”

2016 and 2017 have been busy years for Flaregames with the release of titles such as Nonstop Knight, Nonstop Chuck Norris and Zombie Gunship Survival, as well as the growth of existing games such as Royal Revolt 2.