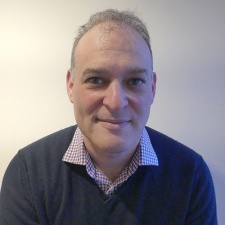 The London-based studio behind the blockbuster Football Manager franchise has picked up its first chief operating office as the developer restructures.

As  reported by GamesIndustry.biz, the new COO is Disney alum Matt Carroll (pictured). It's a role that the studio sees as necessary given how much the Football Manager outfit has grown since its purchase by Sega back in 2006.

Carroll joined Disney in 2001 as the country director for the firm's games output for the UK, Ireland, South Africa and New Zealand, and stayed with the House of Mouse until last month. Prior to that he held roles at Hasbro and Microprose.

Meanwhile, 19-year Sports Interactive veteran Marc Duffy has been promoted to production director. Other job changes are forthcoming as the studio prepares to move to new digs in April.