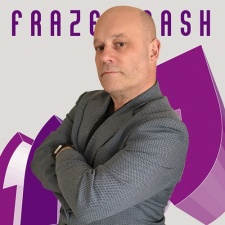 Wargaming UK PR manager Frazer Nash has left the World of Tanks developer after eight years and set up his own company.

During his time at Wargaming he helped for a number of partnerships with museums, resulting in the building of the Education Centre, the Dornier 17 exhibition at the RAF museum and more.

Now he’s started his own company offering services in PR for games firms and companies in other sectors.

One of his first new clients is My.com, for whom he will handle the publisher's UK PR.

The publisher has worked on games such as Warface, Skyforge and Armored Warfare - the latter of which has just been released on mobile in the form of Armored Warfare Assault.

“It’s now time for a change. I want to get back to being able to pick and choose which titles and projects I want to work with,” said Nash.

“I have been very lucky during my 26 years in this industry. I have been able to work on the best titles and successful games including Half-life 1 and 2, Counter-Strike, Grand Theft Auto 2, iM1A2 Abrams, Swat 3, Simpson Hit and Run and World of Tanks.

“I am keen to reignite my connections to other areas too such as comics and films and working with my favourite festival SCI FI London. I haven’t been able to devote much time to these during the last few years, that needs to change.”

Nash has been employed in the games industry for more than 20 years, working at companies such as Take Two Interactive, Vivendi Universal Games and JoWood Productions.

He had previously set up Frazer Nash Communications before eventually working with Wargaming full-time.