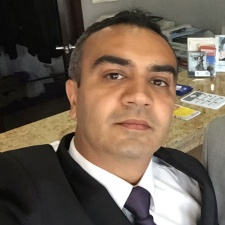 Bray was previously on the team that launched PlayStation in Europe, while more recently he has worked at companies such as mobile games developer Typhon Mobile as project lead, eRepublik Labs as project manager and at Daedelus Partners in a similar role.

His new position will entail focusing on Reality Clash’s online Armoury store and app ahead of its March launch, before overseeing user acquisition, engagement, retention and marketing for the company.

The London-based studio’s debut title Reality Clash is set to release in mid-2018. The game features player-versus-player combat in real-time, along with player-hosted tournaments.

Reality Clash will also feature in-game items that can be bought with cryptocurrency Reality Clash Gold coins, with all purchases ERC-20 tokenised on the blockchain

"Reality Clash is an incredibly unique concept with huge potential, I'm delighted and honoured to be a part of this ground-breaking project," said Bray.

"Cryptocurrency meets augmented reality and video games is a very powerful mix indeed that promises to deliver a whole new experience for gamers.”