Lahtinen will be involved with Drive Ahead!, audience engagement and recruitment 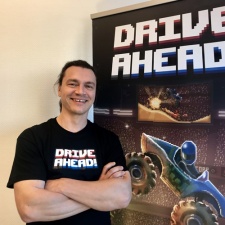 He will be primarily tasked with leading the company’s teams in further developing the free-to-play design of the Drive Ahead! games.

Lahtinen will also be responsible for community engagement, including live ops events and experimentation with gaming platforms such as augmented reality. On top of this he’s been tasked with growing the Dodreams team with key hires for several senior positions.

In the driver’s seat

The Drive Ahead! series of games are free-to-play gladiatorial racing hybrids that currently have more than 10 million monthly active users.

“I have always had a soft spot for games with crazy and fun physics,” said Lahtinen.