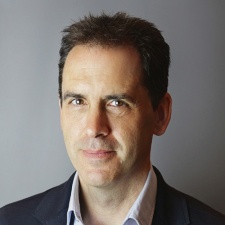 As it prepares for its forthcoming IPO, alternative Android game distribution channel Flexion has boosted its board of directors.

It’s added Chris Bergstresser, who amongst other games companies has sat on the boards of Miniclip, Spil Games and Nitro Games, as well as taking senior operational roles at Konami, Sega and Atari.

He currently works for ambitious esports outfit MTGx, which recently acquired US publisher Kongregate for $55 million.

“To have Chris on our board is a very strong addition to our expanding team,” commented Flexion chairman Carl Palmstierna.

“He brings a lot of experience and industry connections that will help speed up our expansion as we keep growing our developer footprint.”

London-based Flexion recently closed a $10 million pre-IPO investment round. It expects to float on the Nasdaq First North exchange in Stockholm later in 2018.

You can read our interview with Flexion CEO Jens Lauritzson on his plans for the company - including not doing a Rovio - here.