Some claims suggest layoffs were ‘sizable’ 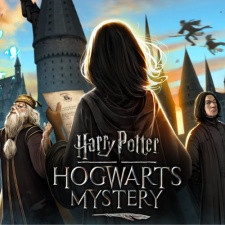 Harry Potter: Hogwarts Mystery developer Jam City has reportedly laid off a number of its employees including those at subsidiary TinyCo.

As reported by Gamasutra, Jam City is said to have made a number of staff redundant last week, with some reports indicating the cuts were “sizable”.

An anonymous source claimed that layoffs had been occurring over the past few weeks, although they were unsure how many jobs had been hit.

The source also claimed Jam City had been moving staff to focus on Harry Potter: Hogwarts Mystery in recent months. That title got off to a strong start in the grossing charts, despite some negative press attention.

As a result of the layoffs and moving staff around, it’s claimed only a skeleton crew now remains on TinyCo’s mobile title Futurama: Worlds of Tomorrow.

Jam City acquired TinyCo back in 2016 and as part of the deal the latter studio’s 125 employees joined up with Jam City's then 275 members of staff.

Jam City laid off “a large number” of developers on Friday