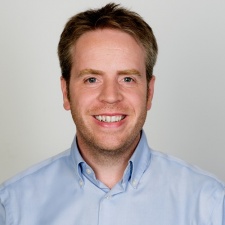 Berlin-based Pearl's Peril developer Wooga was profitable again in 2017 following what it called two tough years for the company.

Over the last 12 months the studio’s revenues grew by 40 per cent, in large thanks to its story-driven hidden object game June’s Journey.

Back in September 2016, 40 employees lost their jobs at the firm after internal restructuring to focus on genres such as puzzle, hidden object and casual simulation.

However, just over a year later Wooga again restructured, this time focusing efforts on narrative-driven casual games. This resulted in the loss of another 30 jobs.

“I am extremely glad to see that we managed the turn-around at Wooga,” said Wooga CEO Jens Begemann.

"Our steady revenue growth is very promising and our focus on story-driven casual games will help us keep up this positive trend in the future.”

In other news Wooga has appointed former Mozoo and Miniclip chief financial officer Ross Logan as its own CFO.

In the new role he’ll be responsible for heading the company’s finance, legal and HR departments.

“It’s particularly exciting times to take over the CFO role at Wooga and join their management team”, said Logan.

“The strategic changes the team has put into practice in the last months and the way change was managed, laid a solid foundation for a bright future ahead.”