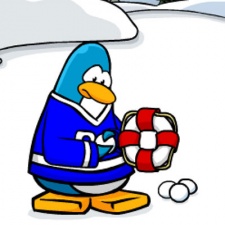 Disney’s social experience for kids Club Penguin is set to come to an end with the closure of mobile iteration Club Penguin Island.

The children’s entertainment behemoth confirmed the news on Club Penguin’s website and noted that the franchise had over 200 million accounts at its peak.

While no firm deadline was given for when Club Penguin Island would go offline, Disney did mention it would be by the end of the year. Further details are expected in the coming weeks.

Kotaku reports that the studio behind Club Penguin, Disney Canada, has been hit with layoffs following the decision to can the game.

No official figure has been provided but it's thought the redundancies affect dozens of staff. Each employee was apparently given five weeks of severance pay along with one month of benefits.

In a letter from Disney HR to staff, acquired by Kotaku, increased competition on a global scale was one of the reasons given for Club Penguin’s closure.

“For several years now, we have been experiencing increasing global competition,” the letter read.

“We have explored many options to improve efficiency and reduce costs. These measures have succeeded to some extent.

“However, in order to reduce costs further and become more competitive, we find that we must reduce our workforce.”

Club Penguin was initially snapped up by Disney in 2007 in a deal said to be worth $700 million.

The web-based version of Club Penguin was wound down last year with a mobile iteration called Club Penguin Island released subsequently after.