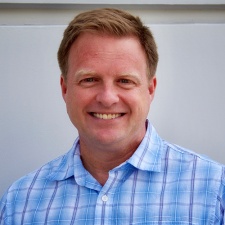 John Heinecke joins from his previous role as VP of global publishing for none other than Overwatch over at Blizzard, per a post on Square Enix's website.

During his time at Blizzard, he has worked on franchises including Overwatch, Hearthstone, StarCraft 2 as well as several World of Warcraft expansions.

In addition, he contributed to the launch of esports initiative the Overwatch League.