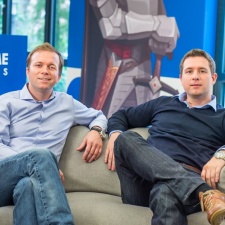 Goodgame Studios founders Dr Kai Wawrzinek and Dr Christian Wawrzinek are stepping down from their respective roles as CEO and CSO.

Both will leave their roles by the end of next February to refocus themselves on new positions as shareholders in the publicly floated Stillfront Group.

The company acquired Goodgame for $318 million at the end of last year - though with the German developer a bigger company, it's seen largely as more of a reverse acquisition that saw Goodgame go public.

Goodgame is currently on the lookout for a new CEO.

"Stillfront's acquisition of Goodgame is a perfect strategic fit and we are very encouraged by the realisation of synergies we have seen during 2018,” said departing CEO Dr Kai Wawrzinek.

“The timing is now right for us to hand over daily management of Goodgame, allowing us more time to create value for Stillfront as active shareholders."

“The management team of Goodgame has an impressive track record and we have a strong leadership in place to ensure an orderly transition while building on the positive business momentum seen across the Group.”

Stillfront’s net revenue for Q3 increased 53 per cent year over year to $34.65 million, according to financials released last week. Adjusted EBITDA, meanwhile, increased 44 per cent to $13.2 million, while profits saw a 19 per cent improvement to $7.9 million.

It’s worth noting that during the same period in 2017, Stillfront had yet to sign its deal with Goodgame Studios.