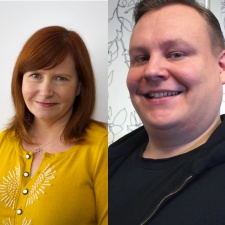 The International Game Developers Association has named its new chair and vice chair following former chairman David Seltzer’s decision to step down from the role.

Finnish games consultant and community developer Vesa Raudasoja will succeed Seltzer as chairman. He was awarded the Lifetime Achievement Award in 2015 for his efforts in growing the IDGA community in Finland.

Raudasoja was previously vice chair of the IGDA board and will be succeeded by Kongregate co-founder Emily Greer.

“Although we are sad to see David go, we are confident the IGDA’s new leadership is going to accomplish great things,” said IGDA executive director Jen MacLean.

“Vesa’s ongoing dedication to the international gaming community and Emily’s track record as the founder and CEO of a successful gaming company are a potent combination for furthering the IGDA’s goals of helping developers all over the world develop successful careers.”

We recently spoke to MacLean on the highs and lows of the games industry over the tumultuous last 12 months.