Was previously head of audio at Sony Computer Entertainment Europe 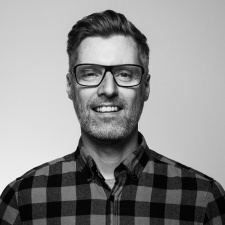 Lindsay has been brought on board as head of audio for the Keywords-owned company having worked for PlayStation's European arm since 1996 when he joined Sony-owned WipEout studio Psygnosis.

In 1999 he moved to Sony Computer Entertainment Europe as a sound designer rising through the ranks to become head of audio in November 2017.

“This is an amazing opportunity for me to bring my skills, knowledge and video game industry insight gained over the past 26 years to Cord and Keywords Studios," Lindsay said.

"We now have the reach and network to partner our audio services with game developers, publishers and interactive media creators on a global scale.”