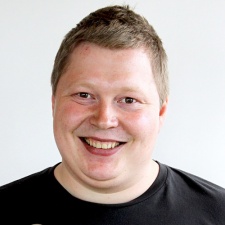 Pasula founded the Helsinki-based Grand Cru back in 2011. The company raised millions of dollars for its debut game Supernauts, butt it failed to live up to high expectations.

Later the studio worked on games such as Star Thunder and Battlejack, the latter published by Nexon.

Pasula stepped down as CEO of Grand Cru in early 2018 and moved into a product lead role. He was replaced as chief exec by former Rovio SVP of global studios Antti Viitanen.

Pasula left Grand Cru late last year and has now joined Supercell, though it’s not clear what he’ll be working on at the company. We have reached out to Supercell for comment.

His hire comes shortly after another former CEO of a Helsinki-based studio, ex-PlayRaven boss Lasse Seppänen, also joined Supercell as a producer.

This week Supercell disclosed its financials for 2018, with the company’s revenue and profit falling for the second consecutive year to $1.6 billion and $635 million respectively.

However, such a decline could all be part of Supercell's philosophy of patience when finding the next billion-dollar hit, a strategy that could pay off handsomely with Brawl Stars.