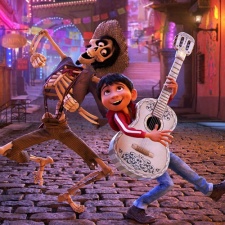 Anderson has worked for Pixar Animation Studios for 25 years, contributing to numerous movies including A Bug’s Life, Monsters, Inc. and Toy Story 3. In 2017, she worked on the Oscar winning animation Coco.

On top of Anderson’s move to Glu, the producer recently signed a production and development deal with Netflix to create new animation and live-action features.

Glu commented on Anderson’s proven track record at delivering entertainment projects, which in turn the company hopes will be replicated in their lineup of games.

“I am thrilled to welcome Darla to Glu’s board of directors,” said Glu Mobile president and CEO Nick Earl.

“Her deep experience at Pixar and now Netflix makes her a great partner for Glu and the company’s focus on developing and launching world-class, creative growth games. Our team looks forward to leveraging her expertise to help Glu continue to deliver stellar experiences for our players.”

Anderson added: “Mobile gaming is a rapidly growing market and an exciting part of the larger digital entertainment space that I’ve been a part of for many years.I look forward to working closely with Nick and the team at Glu and contributing to the company’s bright future.”