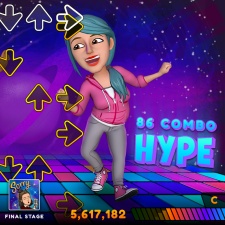 Snapchat has launched a software development kit that gives developers access to the company’s Bitmoji avatars for use in their games.

This move is the latest from Snap the concentrates on video games after the company unveiled its Snap Games platform that will focus on creating real-time multiplayer games.

Snap has previously released Bitmoji Party for the platform which utilised the avatars in various mini-games including Kick Off, Spin Session and Zombie Escape.

Anyone creating experiences for mobile, PC or console can gain access to the avatars, with releases not limited to Snap Games. The feature has started rolling out worldwide but Snapchat noted there may be some teething issues.

“Games can be so much more engaging with you in the game. We’re adding an identity layer to gaming that has the potential to have a transformational effect on the industry.”

Alongside this, Snapchat has revealed that Kenny Mitchell has been appointed as the firm’s new chief marketing officer.

Mitchell’s previous roles include vice president of marketing for McDonald’s and head of consumer engagement at Gatorade.

Learn more about chat app gaming on the Instant Games and Hyper-casual track at Pocket Gamer Connects Seattle, which takes place on May 13th and 14th.