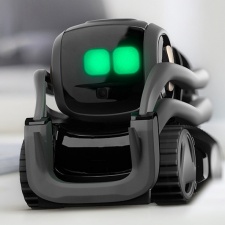 Robot toys maker Anki has shut down leaving close to 200 employees out of a job.

As reported by Vox, staff were informed of the closure last week by company CEO Boris Sofman. Staff will get one week of severance pay, people familiar with the matter claimed.

Softman said the company was shutting down after a fresh funding round fell through. Prior to that, the company had already raised $200 million.

“Despite our past successes, we pursued every financial avenue to fund our future product development and expand on our platforms,” said an Anki spokesperson on the company closure.

“A significant financial deal at a late stage fell through with a strategic investor and we were not able to reach an agreement. We’re doing our best to take care of every single employee and their families, and our management team continues to explore all options available.”

Anki has developed toy robots such as Cozmo and Vector. It’s also worked on Anki Overdrive, a battle racing game that comes with physical cars and a track but requires a mobile app to play.

According to the Anki website, there are more than 6.5 million Anki devices in use, with more than 19 million mobile devices connected to its products. Overall there have been over 90 million hours of operation across devices.

Netflix Games only engages a slim minority of its streaming audience