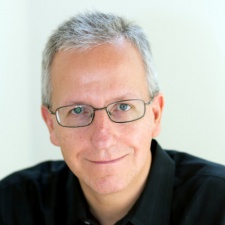 The former head of mobile at Electronic Arts Mike Verdu (pictured, main) is now in charge of Facebook's augmented and virtual reality businesses.

Announced via that social media platform, as reported by GamesBeat, Verdu says that he'll be collaborating with developers to bring content to Facebook's Rift and Go VR hardware, in addition to "other devices".

This follows Hugo Barra stepping down as VP of VR, moving to a more partner-focused role at the social media giant.

"Because this is such a compelling opportunity, I opted to shelve the blockchain gaming start-up that many of you knew I was on the cusp of launching," said Verdu.

"Instead, I’ll be working on another frontier of technology. It’s incredibly exciting to be able to inflect the growth of these new computing platforms and the ecosystems around them.”

Facebook says that former content boss for AR and VR Jason Rubin is being moved to a new role, VP of special gaming initiatives. Verdu will be reporting to him.