"This has been the toughest decision of my life" 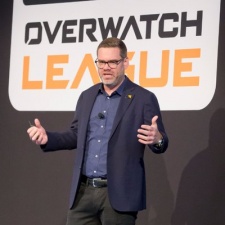 Speaking on Twitter, the Overwatch League co-founder and commissioner revealed that he is departing Activision Blizzard. After two-and-a-half years directing the league, Nanzer departs to take on an unspecified role managing Epic Games’ esports efforts.

ESPN reports that Nanzer will be succeeded by Activision Blizzard Esports Leagues CEO Pete Vlastelica. Vlastelica has been behind the publisher’s pro-gaming efforts for three years, following a five-year stint at Fox Sports.