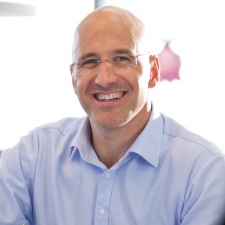 Swedish developer King has revealed that its longtime CEO Riccardo Zacconi will leave his position after 16 years.

The news was made public via a regulatory filing posted on Friday by parent company Activision Blizzard.

Zacconi was one of the co-founders of the company and has served as CEO since it was formed in 2003. The departing CEO is also credited with creating the popular free-to-play puzzler Candy Crush Saga.

Since launching on iOS and Android, Candy Crush Saga has continued to bring in large amounts of revenue for King and still frequently appears in the top 10 highest grossing mobile games each month.

Zacconi will leave the role on July 1st, 2019, taking up a chairman position for both King and Activision Blizzard where he will offer “guidance to the management".

Under Zacconi leadership, King has continued to grow its monthly active users surrounding Candy Crush Saga, although revenue for the title fell year-on-year by $5 million to $529 million in Q1 2019.