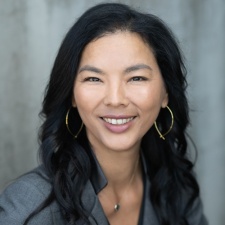 She'll be responsible for overseeing operations at the company’s LA area studios, which includes its teams in Culver City and Burbank.

Anderson will oversee both original and licensed IP development, with the latter based on the company’s Disney and Pixar partnership. As part of this, she’ll be leading development on a Frozen 2 mobile game.

Anderson previously worked at Disney for nearly two decades. She most recently served as VP of games for the company’s consumer products and interactive division, managing projects such as Club Penguin, Frozen and Disney Emoji Blitz.

Last year Jam City signed a deal with Disney to take over as publisher of Emoji Blitz, a franchise that is said to have generated more than $100 million.

“Her deep knowledge of Disney and it’s iconic IP combined with a strong track record for developing and growing franchise games makes her a perfect fit to lead the team as we execute on our strategic partnership with Disney,”

Anderson added: “I am thrilled to be part of one of the most creative teams in the games business.

Jam City laid off “a large number” of developers on Friday

Jobs in Games: Jam City's Brooke Costa on how to get a job as a lead engineer