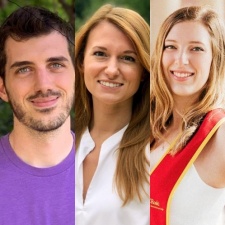 US games publisher Rogue Games has expanded its team with a trio of hires in marketing, UA and game design.

Former Fisher & Paykel Appliances retail brand manager Jessica Keblesh has joined as UA marketing manager. She brings with her UA, media buying and marketing strategy expertise to the company, which plans to launch over 30 titles this year.

Jillian Bakos meanwhile has been appointed as marketing art manager and will form part of the firm’s content creation team. Prior to hew latest job, she worked as a concept artist at Akupara Games and as a game art intern at FoxNext.

Rounding out the new hires is ex-Carbonated systems designer Brendan Farrell. He’s joined the company as a game designer and will work with Rogue’s developer partners to ensure games are optimised for engagement and monetisation and provide a good user experience.

Not just announcing a trio of hires, Rogue Games has also revealed a new partnership with AppOnboard to use its tech for playable demos and interactive ads.

AppOnboard’s tools enable users to play a part of a game before downloading it, with the idea to boost full game downloads.

The first Rogue Games titles to use the platform are Chaos Battle League and Oz: Broken Kingdom.

According to the developer, 47 per cent of those who played the demos and ads played through to completion.

“At Rogue, we work to optimise all aspects of the games we publish to maximise their performance and deliver the best customer experience,” said Rogue Games CEO Mike DeLaet.

“Early adoption titles using AppOnboard Studio have demonstrated a significant increase in organic installs and discovery, as well as increased engagement and retention, so we are thrilled to be working with this forward-thinking team.”

News of the hires and partnership follow a $1.25 million funding round for Rogue Games earlier this year.