“Virtual reality is still on the bleeding edge of technology, and this community continues to pioneer the way forward” 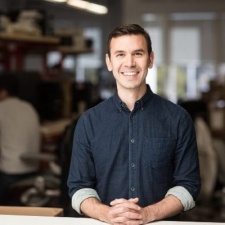 Revealing the news via a Reddit post, Mitchell thanked everyone for their support over the years and reminisced how the idea of Oculus was the “stuff of science fiction” when the group launched its Kickstarter in 2012 for the first Rift headset. The Kickstarter had a goal of $250,000, but demolished that number to bring in $2.4 million in funding.

Social media giant Facebook subsequently went on to acquire Oculus for $2 billion in 2014.

Mitchell is the final Oculus co-founder to leave the firm after Brendan Iribe resigned from in October last year and Palmer Luckey was let go in 2017. No replacement has been named for Mitchell's position at the time of writing.

“Virtual reality is still on the bleeding edge of technology, and this community continues to pioneer the way forward. What's ahead is always unknown, and that's what makes it exciting,” said Mitchell.

“What's next for me: I'm taking time to travel, be with family, and recharge. Of course, I'll still be part of this community, but I'll have a much smaller role to play.

“I expect the incredible team at Facebook to continue to surprise and delight us on this mission to build the next computing platform. I can't wait to see what comes next.”