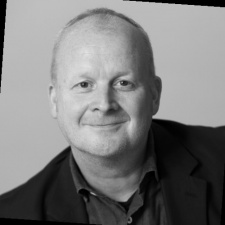 Industry veteran Stuart Dinsey has been appointed as chair of the board for UK video games trade body UKIE.

Announced yesterday at the organisation's annual general meeting (AGM), Dinsey replaces Revolution COO Noirin Carmody in the role who had served as chair since 2015.

Dinsey's career in games started at UK video games trade mag CTW, which he edited for more than a decade. He subsequently left and set up rival MCV in 1998 and ran its parent company Intent Media - previously MCV Media - until October 2013. He has also served as chairman of indie games label Curve Digital since 2013 and was appointed as director of Stevenage Football Club in 2012. Since 2016, he has also worked as a non-executive director for PCGamesInsider.biz's corporate overlords, Steel Media.